Welcome To The Law Office Of
Peter Thos. Hansen, P.C.

Peter Thos. Hansen has resided in Virginia for over 25 years and is Virginia educated. He received a Bachelor of Arts degree with distinction from the Virginia Military Institute, where he was selected to attend the Virginia Program at Oxford University, England. After serving in the United States Navy, with duty aboard the aircraft carrier U.S.S. Nimitz, he attended law school at Washington & Lee University where he was assistant editor on the Virginia Capital Case Clearinghouse.

Peter previously practiced law in Tysons Corner, Virginia and in Washington, D.C. with law firms that emphasized multi-state and federal civil litigation.  He was involved in multi-million dollar cases in Florida, Arkansas, South Carolina and Maryland.  After leaving Washington, D.C. Peter opened a firm in Winchester, Virginia where he focused on trial law in both civil and criminal cases.  While in private practice there he also served as the public defender for Warren County and Front Royal, Virginia.  In that capacity he handled a wide variety of criminal cases including arson, attempted murder, armed robbery, and narcotics related charges. Peter Hansen is a Virginia sportsman, and raises sheep and cattle.

Peter Hansen is licensed to practice law in both the Commonwealth of Virginia and in Washington, D.C.  He is also registered to practice before the U.S. Immigration Court.  He is admitted as well to practice in both the Eastern and Western District of the United States District Court for Virginia, and before the Federal Fourth Circuit Court of Appeals.  He is past president of the Fauquier Bar Association.

Welcome To The Law Office Of
Peter Thos. Hansen, P.C.

Pierce is also a member of Eta Sigma Phi (Honor Society for Classical Studies) and Phi Sigma Iota (Honor Society for International Foreign Languages). He also received the Wilson Greek Prize for two consecutive years as top student in his field of study, and was president of Spanish Club. Pierce spent an internship in Spain during the summer of 2019 with a Spanish law firm that specializes in environmental law for the European Union. Pierce was admitted into the Virginia Bar in December 2019. As a law student at UDC, Pierce gained court experience in asylum immigration cases at the U.S Immigration Court of Arlington, and court experience in civil cases at the District of Columbia General District Court. Pierce Hansen is an all-around horseman.

As a partner in our firm, his focus is on representing clients in immigration cases, as well as continuing to represent many of our clients in general practice cases. On a personal level, Pierce has moved back from Washington D.C to rural Virginia where he was raised, and enjoys farming, and working with his Mexican ranch horses. 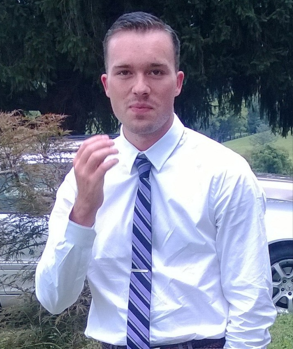